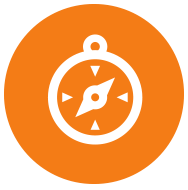 Consumer advocates are putting pressure on regulators in California and several other key states to examine proposed insurer mega-mergers between Anthem/Cigna and Aetna/Humana to prevent consumers from being left with fewer choices and higher costs, according to the Los Angeles Times.

Healthcare in Minnesota Not Always a Bargain, Study Finds

New research shows that while healthcare costs are lower than national average for Minnesota’s Medicare beneficiaries, the privately insured pay than in many other states. This research calls into question the long held belief that the region is one to be emulated due to relatively low costs.

1 In 6 Residents Put Off Healthcare to Avoid Costs, Survey Finds

A new survey from the Massachusetts Center for Health Information and Analysis found that about one in six Massachusetts residents did not get healthcare they said they needed in 2015 because of the cost. The survey highlights a trend showing more people have high-deductible plans in which insurance covers less care and patients pay more out of pocket.

Is N.Y. Policy on Out-of-Network Medical Bills a Model for Other States?

New York has one some of the most comprehensive surprise medical bill legislation. An analysis from Kaiser Family Foundation suggests that this legislation could be a potential model for other states or even federal policy makers looking to create such legislation.

A new survey, the first detailed study of Americans struggling with medical bills, shows that insurance often fails as a safety net. In the new poll, conducted by The New York Times and the Kaiser Family Foundation, roughly 20 percent of people under age 65 with health insurance reported having problems paying their medical bills over the last year. By comparison, 53 percent of people without insurance said the same.

How High-Need Patients Experience the Healthcare System in Nine Countries

High-need patients use a greater amount of healthcare services and also experience more coordination problems and financial barriers to care compared with other older adults. Focusing on these populations in the U.S. and effectively managing their care may improve their health status while reducing overall costs.The analysis uses data from the Commonwealth Fund 2014 International Health Policy Survey of Older Adults to investigate healthcare use, quality and experiences among high-need patients in nine countries compared with other older adults.

Employers often use adjustments to health insurance premiums as an incentive to encourage healthy behavior of their employees. According to a new study, workplace wellness programs that use financial incentives have not been successful  in spurring people to lose weight.The apparent failure of the incentives to promote weight loss suggests that employers that encourage weight reduction through workplace wellness programs should test alternatives to the conventional premium adjustment approach by using alternative incentive designs, larger incentives, or both.

How Much Do Marketplace and Other Nongroup Enrollees Spend on Healthcare Relative to Their Incomes?

In Jan. 2016,  the CMS Innovation Center announced that it would explicitly test whether addressing the social conditions that affect health can lower healthcare costs and improve the quality of care. The effort reflects an ambition to shift the industry toward value-based payment models as well as an acknowledgement that social factors, not just the quality of healthcare services, determine the health of a community.

Setting a new drug’s price is a process normally hidden from view. This article describes Pfizer’s path to setting the price of its new breast-cancer drug called Ibrance.  Its process yielded a price that bore little relation to the drug industry’s oft-cited justification for its prices, the cost of research and development.  Instead, the price that emerged was largely based on a complex analysis of the need for a new drug with this one’s particular set of benefits and risks, potential competing drugs, the sentiments of cancer doctors and a shrewd assessment of how health plans were likely to treat the product.

Debates about whether and how to reduce drug prices continue to be a popular area in health policy, but there has been little legislative success. However, new evidence suggests that even the threat of government price controls may have a moderating effect on drug prices.

What’s in the New Federal Guidance about 1332 State Innovation Waivers?

Beginning in 2017, the Affordable Care Act permits states to apply for waivers to begin experimenting with strategies to provide residents with access to high-quality, affordable health insurance. Known as 1332 state innovation waivers, this short piece from Families USA described how these waivers can be an important vehicle for the next round of state improvements in healthcare.