According to a survey of 940 New Jersey adults, conducted from May 7, 2020 to May 12, 2020, residents are concerned about prescription drug costs and express a strong desire to enact solutions.

In addition to being worried about prescription drug affordability in the future, many New Jersey residents experienced harship in the prior 12 months due to the cost of prescription drugs. Indeed, cost concerns led 1 in 5 New Jersey adults (20%) to not fill a prescription, cut pills in half or skip a dose of medicine (see Figure 2).

Regions within New Jersey show significant variation with respect to drug affordability issues (see Table 1). Seventeen percent of adults in Central New Jersey had difficulty affording prescription drugs in the prior 12 months, while adults in Southern New Jersey fared much worse, at 24%. Surprisingly, most of the regional variation was due to adults not filling their prescription—in contrast, similar numbers reported rationing prescription drugs, either by cutting pills in half or skipping doses, in each region.

When given more than 20 options, the option cited most frequently as being a "major reason" for high healthcare costs was “drug companies charging too much money:”

When it comes to tackling high drug costs, respondents endorsed a number of strategies:

While New Jersey residents are united in calling for the government to address high drug costs, they also see a role for themselves:

In light of these prescription drug cost concerns—as well as concerns about high healthcare costs generally—it is not surprising that New Jersey adults are extremely dissatisfied with the health system:

There is remarkably high support for government action on drug costs regardless of the respondents' political affiliation (see Table 2). 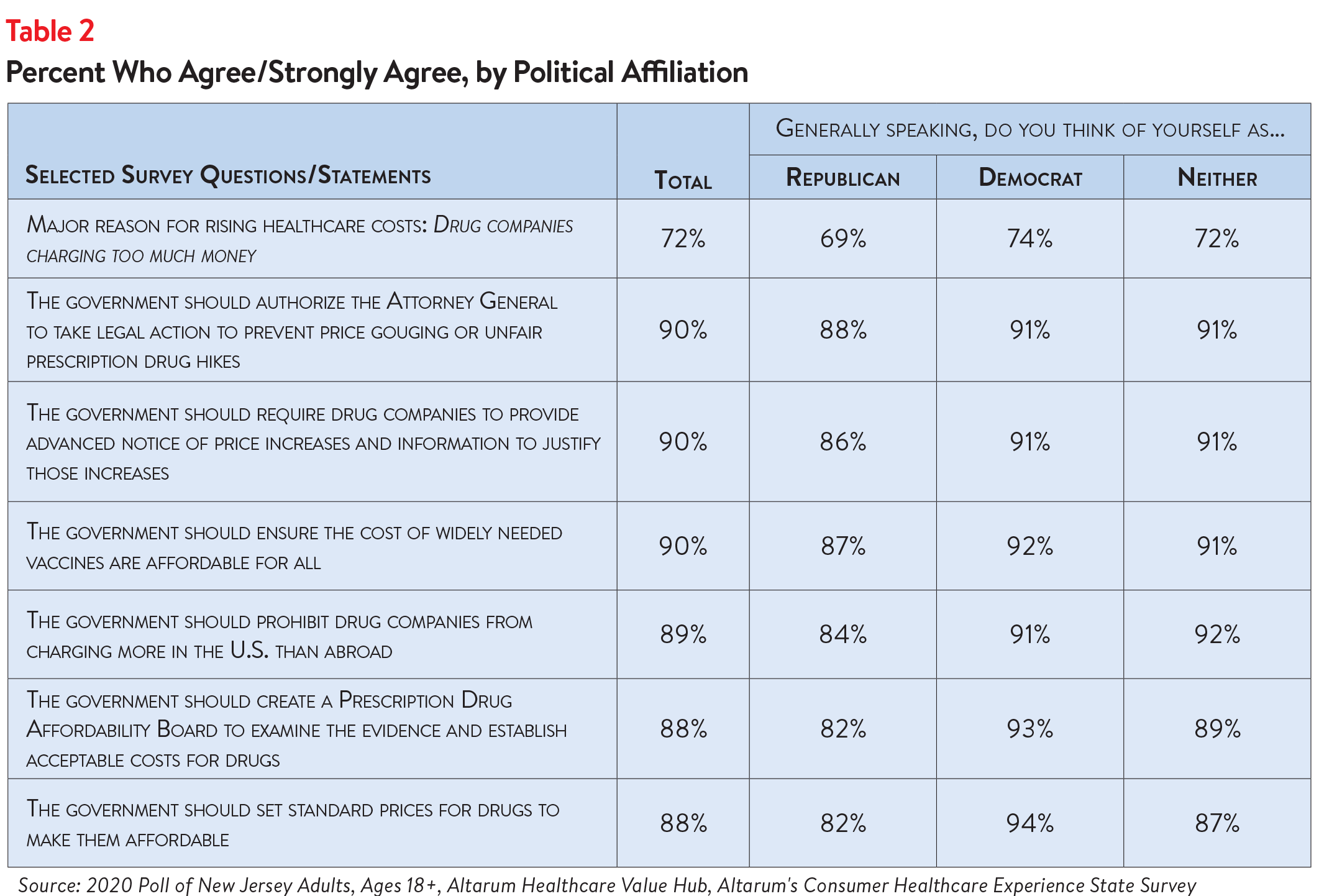 The survey used a web panel from Dynata with a demographically balanced sample of approximately 1,000 respondents who live in New Jersey. The survey was conducted only in English and restricted to adults ages 18 and older. Respondents who finished the survey in less than half the median time were excluded from the final sample, leaving 940 cases for analysis. After the exclusions, the demographic composition of respondents was as follows. 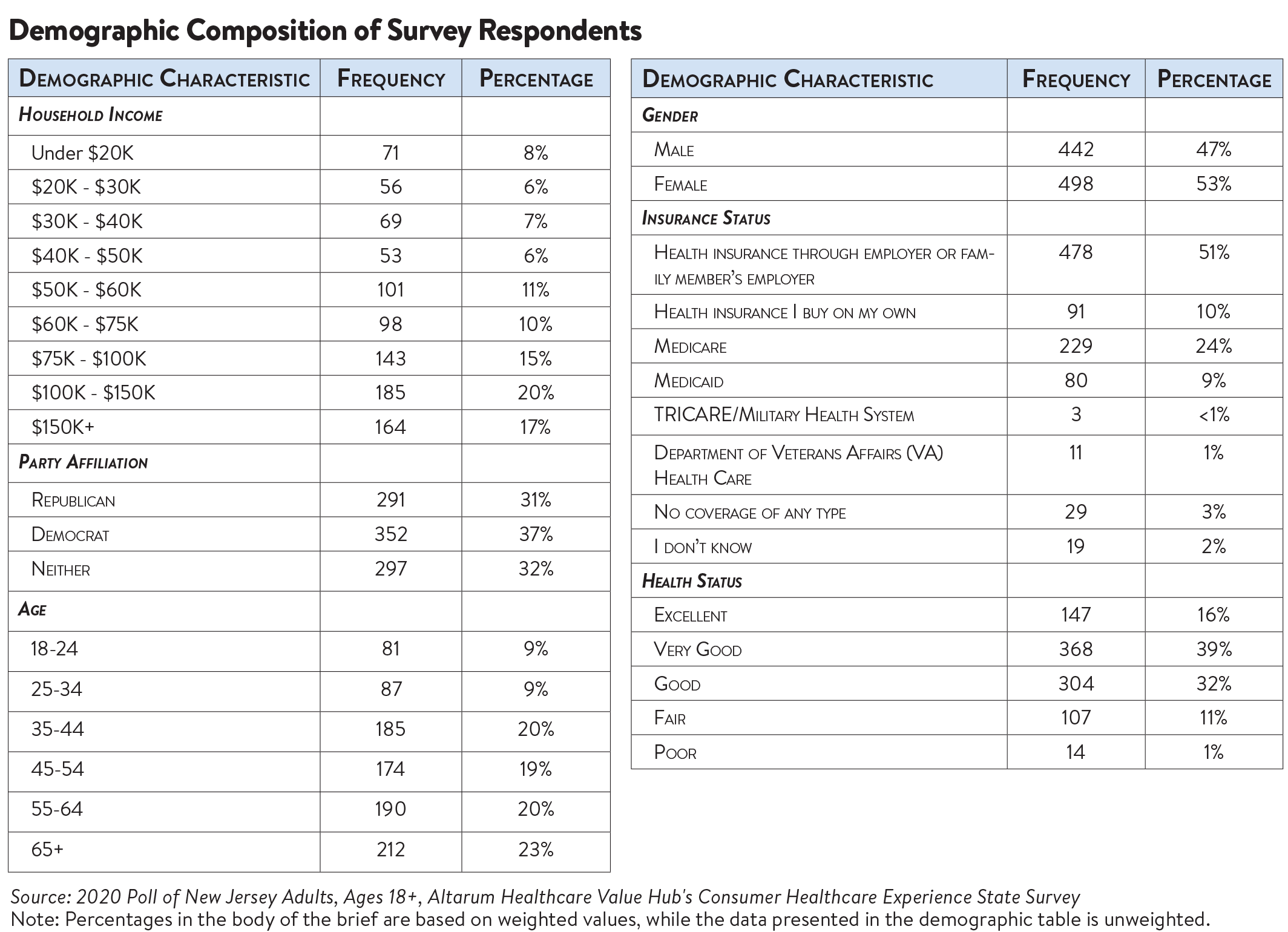