According to a survey of more than 1,000 Illinois adults conducted from January 9 to January 17, 2020, Illinois residents are extremely concerned about prescription drug costs and express a strong desire to enact solutions.

Over half (54%) of all survey respondents reported being either “worried” or “very worried” about affording the cost of prescription drugs. The uninsured, those with employer-based coverage and those on Medicaid are the most concerned about affording drugs (see Figure 1).

In addition to being concerned about drug affordability in the future, many Illinois residents are currently experiencing hardship due to drug costs. Indeed, cost concerns led 28% of respondents (or someone in their household) to not fill a prescription or to cut pills in half (Figure 2).

In light of these prescription drug cost concerns—as well as concern about high healthcare costs generally—it is not surprising that Illinois residents are extremely dissatisfied with the health system: 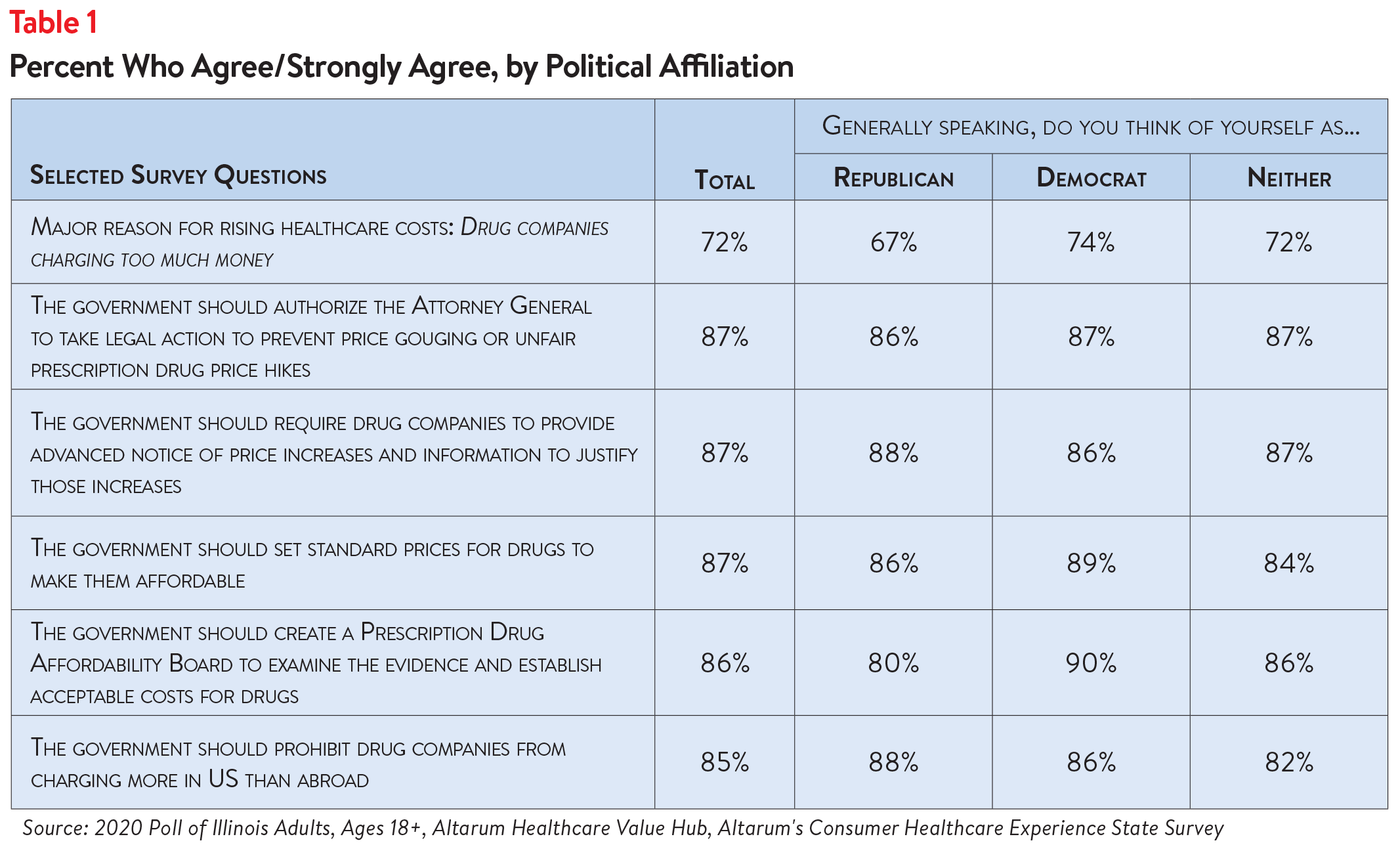 While Illinois residents are united in calling for a role for government in addressing high drug costs, they also see a role for themselves: 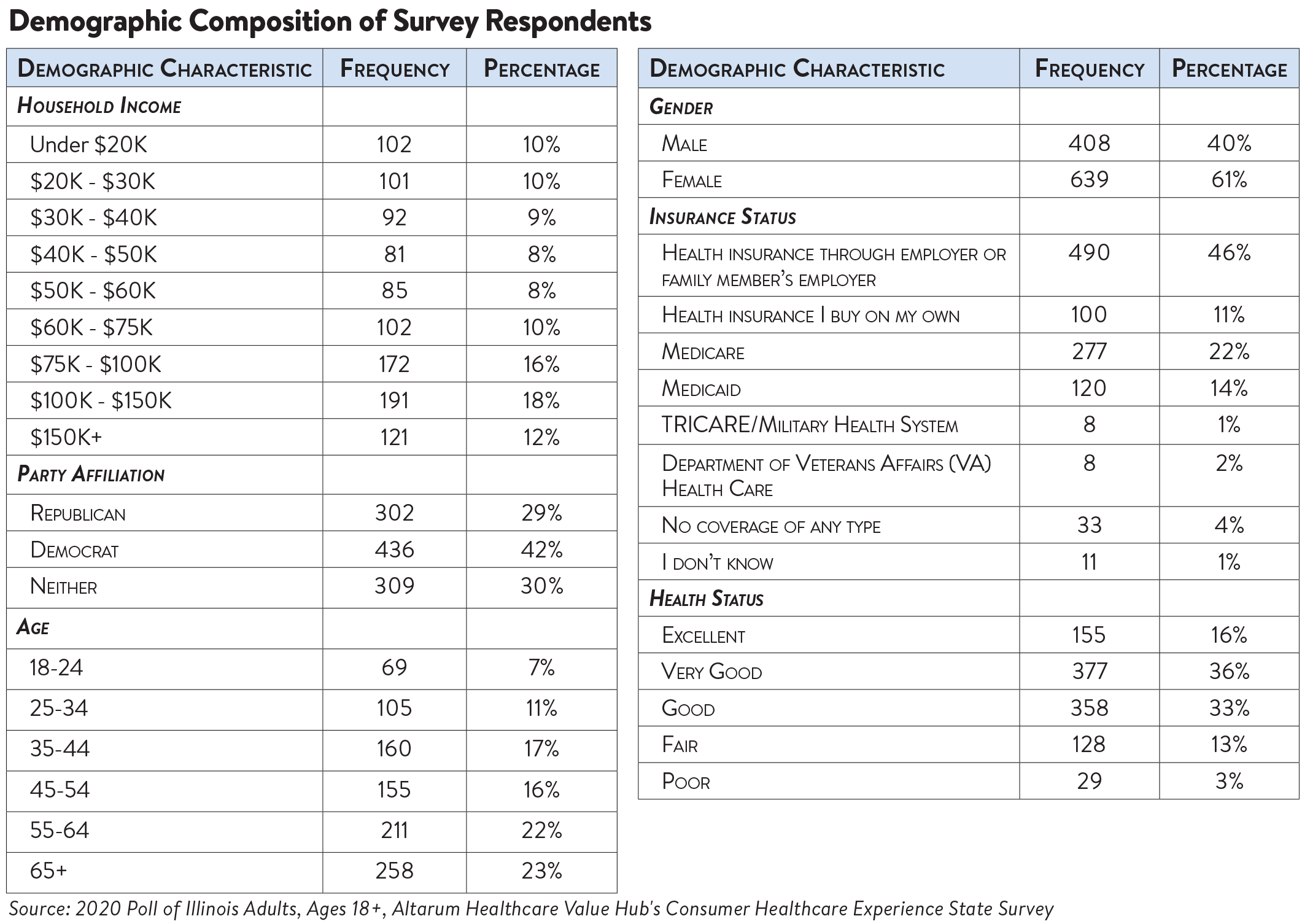